The 12 Most Common Newsletter Design Mistakes 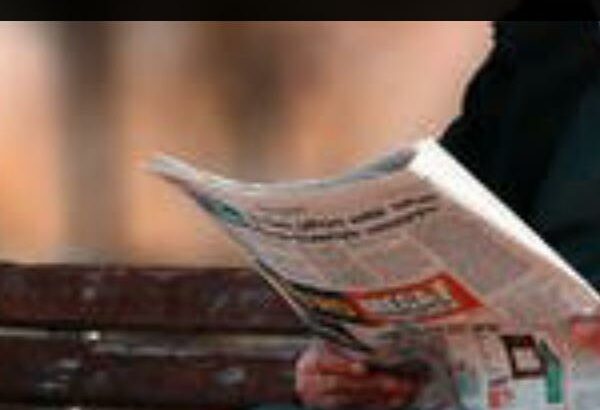 Your newsletter’s success depends on its design. An attractive, easy to read newsletter encourages readers to pay attention to your message. However, cluttered, hard to read newsletters discourage readership – no matter how good the ideas contained inside.

Before they begin to read your newsletter, your clients and prospects will be judging the value of your ideas by your newsletter’s design. Effective design pre-sells your competence and makes it easy for readers to understand your message. Design also helps set your newsletters apart from the competition.

Here are five of the 12 most common newsletter design mistakes that are made.

1.) Nameplate clutter: Design begins with the nameplate or newsletter title set in type at the top of the front page. Nameplate problems often include:

Unnecessary words. Words like “the” and “newsletter” are rarely needed. Readers will unconsciously supply a “the” in front of a title. If desired. It should be obvious from the design and content of your publication that it is a newsletter and not a business card or advertisement.

Logos and association seals. Your newsletter”s title should not compete with other graphic images, such as your firm’s logo and the logos of trade or membership associations. These can be placed elsewhere on the page, allowing the nameplate to emerge with clarity and impact.

Graphic accents, like decorative borders and shaded backgrounds, often make the titles harder to read instead of easier to read.

2.) Lack of white space. White space – the absence of text or graphics – represents one of the least expensive ways you can add visual impact to your newsletters, separating them from the competition and making them easier to read. Here are some areas where white space should appear:

Margins. White space along the top, bottom, and sides of each page help frame your words and provides a resting spot for your reader’s eyes. Text set too close to page borders creates visually boring “gray” pages.

Subheads. White space above subheads makes it easier to read and clearly indicates the conclusion of one topic and the introduction of a new topic.

Columns. White space above and below columns frames the text and isolates it from borders and headers and footers – text like page numbers and issue dates – repeated at the top and bottom of each page.

A deep left-hand indent adds visual interest to each page and provides space for graphic elements like photographs and illustrations, or short text elements, like captions, quotes, or contact information.

3.) Unnecessary graphic accents. Graphic accents, such as borders, shaded backgrounds, and rules – the design term used for horizontal or vertical lines – often clutter, rather than enhance, newsletters. Examples of clutter include:

Borders. Pages bordered with lines of equal thickness are often added out of habit, rather than a deliberate attempt to create a “classic” or “serious” image. Page elements, like a newsletter’s table of contents or sidebars – “mini-articles” treating a point raised in an adjacent article – are likewise often boxed out of habit rather than purpose.

Reverses. Reversed text occurs when white type is placed against a black background. Reverses often make it hard for readers to pay attention to adjacent text.

Graphic accents should be used only when necessary to provide a barrier between adjacent elements – such as the end of one article and the beginning of the next – rather than decoratively or out of habit.

Down rules, or vertical lines between columns, for example, are only necessary if the gap between columns is so narrow that readers might inadvertently read from column to column, across the gap.

Not only does underlining project an immediately obvious “amateur” image, but it also confuses meaning because today’s readers associate underlined words with hyperlinks.

5.) Excessive color. Color succeeds best when it is used with restraint. When overused, color interferes with readability, weakens messages, and fails to project a strong image.

Headlines, subheads, and body copy set in color or against a colored background are often harder to read than the same words set in black against a white background. Be especially careful using light-colored text. Restrict colored text to nameplates or large, bold sans serif headlines and subheads.

A single “signature” color, concentrated in a single large element and consistently employed – like in your nameplate – can brighten your newsletter and set it apart from the competition. The same color, used in smaller amounts, scattered throughout your newsletter, fails to differentiate your newsletter or project a desired image.

Consistently using black, plus a second highlight color creates a quiet background against which an occasional color photograph or graphic can emerge with far greater impact.

The architect Mis van der Rohe once commented, “God is in the details.” Newsletter success, too, lies in the details. Your readers are always in a hurry. The smallest detail can sabotage their interest in your newsletter, interrupting the reader until “later.”

And as we all know, “later” usually means “never!”